What Kind of Hot Flasher are You? 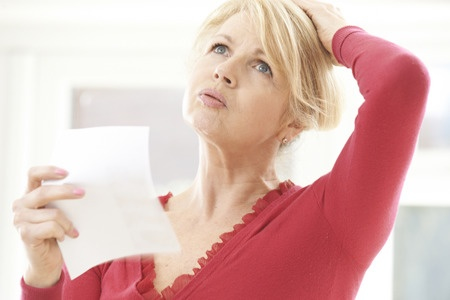 The hot flash – that sudden feeling of warmth that can leave a woman flushed and drenched in sweat – has long been considered the defining symptom of menopause. But new research shows that the timing and duration of hot flashes can vary significantly from woman to woman, and that women appear to fall evenly into four hot-flash categories.
Some women, called “early onset” hot flashers, begin to experience hot flashes long before menopause. Symptoms can begin five to 10 years before a woman’s last period, but the symptoms stop around the time of the final menstrual cycle.

Then there are women who don’t experience their first hot flash until after their final menstrual period, the “late onset” hot flasher. And some women fall into a group the researchers called the “lucky few.” Some of these women never experience a single hot flash, whereas others briefly suffer only a few flashes near the end of the menopausal transition.

And then there are the “super flashers.” This unlucky group includes 1 in 4 midlife women. The super flasher begins to experience hot flashes relatively early in life, similar to the early onset group. But her symptoms continue well past menopause, such as those in the late onset group. Her symptoms can last 15 years or more. The findings come from the Study of Women’s Health Across the Nation, or SWAN, a 22-year-old study that has been tracking the physical, biological and psychological health of 3,302 women from a variety of racial and ethnic backgrounds. The study is being conducted at seven research centres around the country and is paid for by the National Institutes of Health.

“It explodes our typical myth around hot flashes, that they just last for a few years and everyone follows the same pattern,” said Rebecca Thurston, senior author and a psychiatry professor and epidemiologist at the University of Pittsburgh. “We may be able to better help women once we know in what category they are more likely to fall.” That includes women such as Lynn Moran, a 70-year-old retired financial assistant who lives near Pittsburgh and falls into the “super flasher” category. She remembers her first hot flash around the age of 47.

While the symptoms were subtle at first, the hot flashes became more bothersome. “It was enough to wake me up out of a sound sleep,” she said. “I wasn’t sleeping well because they were coming all night long and during the day. I was miserable.”

Moran began hormone therapy, which helped but did not eliminate the symptoms. But when medical studies began to show health risks associated with the treatment, her doctor advised her to stop using hormones. She waited another 18 months until she retired, then stopped taking hormones in 2005. The hot flashes “came back with a vengeance” and have not stopped since.

“I still have them. I still laugh about them,” she said, noting that she may experience several hot flashes a day. “I’ll be trying to get ready to go somewhere, curling my hair and have to redo everything and dry my hair again because I’ll be drenched. My makeup will literally run down my face. Here I am, 70 years old, complaining of hot flashes.”

Thurston notes that understanding variations on hot flashes is important to understanding women’s health in midlife. Several studies suggest that the timing and duration of hot flashes may be an indicator of a woman’s cardiovascular health. A 2012 study, published in the journal Obstetrics and Gynecology, found that frequent hot flashes were associated with higher cholesterol markers, particularly in thin women. The latest findings from the SWAN study identified some patterns around the four subsets of women who experienced varying degrees of hot flashes. Women were distributed about equally among the groups, meaning 75 per cent of women experienced some degree of hot flashes, while only 25 per cent escaped the symptom.

Women in the early onset group were more likely to be white and obese. Women in the late onset group tended to be smokers. The lucky few women who had no hot flashes or only a few were more often Asian women and women in better health. The super flashers were more likely to be African-American. Women who were super flashers were likely to be in poorer health or to regularly consume alcohol. But the researchers cautioned that while they identified some statistical trends in each group, it’s important to note that each subset of hot flashers included a variety of women representing all races, ethnicities, body weights and health categories. No one factor appeared to determine a woman’s risk for any hot flash category. For instance, while African-American women were three times as likely to be in the super flashers group, they represented only 40 per cent of that group. The remaining 60 per cent were white women, some Asian women and other groups. Thurston said it is important that doctors understand that 75 per cent of women have hot flashes in midlife and that for half of them – the late onset flashers and the super flashers – the symptoms persist well past menopause.

“It flies in the face of the traditional wisdom that women have these symptoms for three to five years around the final menstrual period,” she said. “We now know for most women that is patently wrong.”