One Burlington family teams up to support our local frontline workers 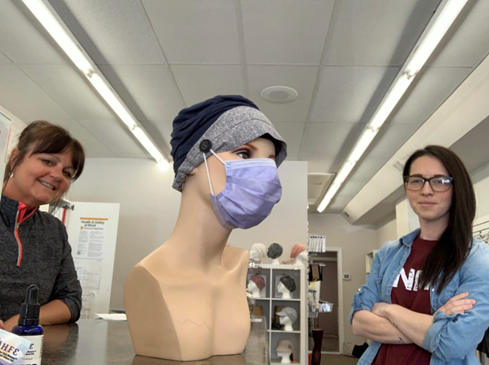 One Burlington family teams up to support our local frontline workers, after closing down two businesses.

Barb Daize, owner of Burlington’s BodyMed Boutique along with her daughter & son in-law, Kelly & Andy Warne, owners of Rock Paper Scissors Company have closed their doors and opened their hearts.

BodyMed Boutique has supplied Southern Ontario with mastectomy garments for the past 10 years, while RPS.Co has outfitted thousands of homes and restaurants across the country with their unique handcrafted interior decor. Both companies, stemming from the same family, have countless hours invested in community work, from supporting cancer centres and patients with free post-surgical garments, to bi-weekly city walks handing out food and goods to the homeless, and even annual trips overseas to volunteer with families and organizations in need.

With two generations of this family feeling the pressure of the closures and loss of incomes, what did they decide to do with all of this time on their hands? Help the community from behind closed doors.

As part of The Camisole Project’s free Because We Care Packages, a team of volunteer sewers named Charity Stitchers of Burlington, and an individual sewer named Martha Hazlett are behind Heart Shaped Pillows that allow underarm support post-surgery. These incredible women have been advised to halt production and turn their focus to headbands & scrub caps for the organizations BodyMed & RPS.Co deal with on a regular basis.

In just 3 short days, after Kelly & Andy received a plea call from their team at St. Joseph’s Hospital in Hamilton’s Emergency Room, where RPS.Co supports the Mental Health unit and homeless care support team, this family kicked it into high gear. One simple family phone call later, and over 50 wheels were in motion, including a local mother named Sandy, who stepped in to connect them with Jo Brant’s unit in need. Immediately working around the clock to fulfill and exceed the wishes and needs of doctors and nurses spanning across two cities.

With RPS.Co’s closure, they packed up all of their shop supplies that were previously donated to them from Burlington’s Form & Build Supply & CakeBar, to support their children experiencing trauma camps (The Silver Hammer Fund) that were halted, and BodyMed had their sewing team switch gears.

Small businesses across the globe are closing their doors and feeling the losses, but for families like The Daize-Warne’s they are making little waves go a long way. 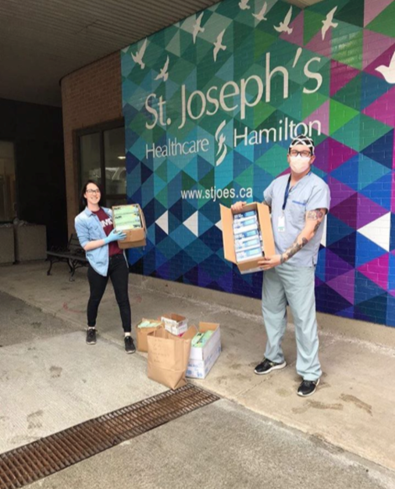